– SiC (Silicon Carbide) is used for high-power applications due to the wide bandgap offered. While various polytypes (polymorphs) of SiC exist, 4H-SiC is the most ideal for power devices. The increase in R&D activities that target enhanced material capabilities is expected to provide a strong impetus for market growth. For instance, The United States Department of Energy’s (DOE) Advanced Research Projects AgencyEnergy (ARPA-E) has announced a funding of USD 30 million for 21 projects as part of the Creating Innovative and Reliable Circuits Using Inventive Topologies and Semiconductors (CIRCUITS) program. Also, initiatives such as investment by US DOE for NREL-Led research with an intent to reduce SiC power electronics manufacturing costs could further support such trends and expand the scope of more robust SiC-based devices.
– Electric vehicles provide certain advantages within the automotive industry, such as increased range, charge-time, and performance, to meet customer expectations. However, they require power electronic devices capable of efficient and effective operation at elevated temperatures. Hence, power modules are being developed using wide-bandgap SiC technologies.
– Electric cars are becoming common on the road nowadays with prices coming down and range going up. As per the International Energy Agency’s report Global EV Outlook 2021, over 10.2 million light-duty electric passenger cars were on the roads in 2020. In addition, the electric car registration increased by 41% in 2020, which creates growth opportunities for the market.
– Semiconductors also use SiC for reduced energy loss and longer life solar and wind energy power converters. For instance, photovoltaic energy mainly requires high power, low-loss, faster switching, and reliable semiconductor devices to increase efficiency, power density, and reliability. Thus, SiC devices provide a promising solution to photovoltaic energy requirements to meet the increasing energy demand.
– To tap the potential brought by the demand for cleantech, several players are entering the market for SiC power semiconductors. For instance, in April 2021, NoMIS Power Group, a spin-off from the State University of New York Polytechnic Institute (SUNY Poly), announced that it plans to design, manufacture and sell SiC power semiconductor devices, modules, and services for providing support to power management product developers.
– Moreover, parasitic capacitance and inductance become too great as soon as high frequencies are used, preventing the SiC-based power device from realizing its full potential. In such regard, widespread usage of SiC may require updates to manufacturing facilities, something which cant be achieved at the current pace of development.

– Research activities are being conducted into the usage of silicon carbide (SiC) devices within automotive powertrains. However, due to recent advancements, it is gradually becoming a feasible solution. For instance, Tesla, which uses a rapid charging solution, is already using SiC within their vehicle architectures currently. In addition, electric cars are becoming common on the road nowadays with prices coming down and range going up. According to the International Energy Agency, plug-in electric light vehicle sales across the globe reached around 3.1 million in 2020.
– SiC semiconductors are ideal for applications, such as onboard chargers and inverters, being used within the plug-in hybrid (PHEV) and fully electric vehicles (EVs). This is because their energy efficiency is significantly higher compared to traditional silicon.
– Also, to ensure that EVs can operate over long distances and charge within a reasonable timeframe, the vehicle’s power electronics must be capable of handling high temperatures. SiC semiconductors benefit from more than 95% energy efficiency. Only 5% of energy is lost as heat during power conversion, such as recharging the vehicle with a high-power rapid-charger.
– In Japan, the University of Tokyo has been working with Mitsubishi Electric Corporation to enhance the reliability of SiC semiconductor devices. Earlier, Mitsubishi Electric revealed a new ultra-compact SiC inverter designed for hybrid vehicles, with mass commercialization targeted around 2021.
– Moreover, Delphi Technologies and Cree have partnered to create the former’s inverters, combined with Cree’s SiC MOSFETs. It has significantly reduced the power module’s overall temperature while enabling higher power outputs to support an extended range for hybrid and fully electric automobiles. These inverters are also 40% lighter and 30% more compact than competing models.
– Further, in May 2021, Infineon Technologies launched a new power module with CoolSiC MOSFET technology for automotive applications. The use of SiC instead of Si ensures higher efficiency in converters in electric vehicles. For example, Hyundai Motor Group reported that it was able to increase the range of its vehicles by more than 5% because of efficiency gains resulting from the lower losses of this SiC solution compared to the Si-based solution, with the help of the traction inverters based on Infineon’s CoolSiC power module.
– Moreover, in March 2021, as part of the Industrial Strategy Challenge Fund led by the UK Research and Innovation, the UK government awarded GBP 4.8 million to Swansea University to manufacture silicon carbide (SiC) power semiconductor devices and create more efficient power electronics for transportation, homes, and industry, and help the nation achieve its net-zero ambitions.

Asia-Pacific to Witness the Fastest Growth

– Asia-Pacific dominates the global SiC power semiconductor market, pertaining to global semiconductor market growth, which is also supported by government policies. Furthermore, the region’s semiconductor industry is driven by China, Taiwan, Japan, and South Korea, which together account for around 65% of the global discrete semiconductor market. In contrast, others like Thailand, Vietnam, Singapore, and Malaysia also contribute significantly to the region’s dominance in the market.
– According to the Indian Electronics and Semiconductor Association, India’s semiconductor component market is expected to be worth USD 32.35 billion by 2025, displaying a CAGR of 10.1% (2018-2025). The country is a lucrative destination for worldwide R&D centers. Therefore, the government’s ongoing Make In India initiative is expected to result in investments in the semiconductor market.?
– Moreover, the region is an electronics hub that produces millions of electronic devices every year for exporting to other countries and consumption in the area. This high production of electronic components and devices largely contributes to the market share of the studied market.? For instance, the increasing demand for consumer electronics in India has also facilitated the regional market’s growth. According to the Federation of Indian Chambers of Commerce and Industry (FICCI), India’s electronics demand is estimated to record a CAGR of 25% during 2012-2020.??
– China is the world’s largest producer of electricity. The country’s energy demand is expected to increase, thereby resulting in the growth in energy production. For instance, in October 2020, China unveiled the world’s second-largest solar power plant. With a capacity of 2.2GW, Qinghai Province’s solar park is among the world’s largest power plants. This power station is expected to be one of the central government’s proposals to create a renewable energy super grid in the country’s western part.
– The automotive industry has been increasing in China, and the country is playing an increasingly important role in the global automotive market. The Government of China sees its automotive industry, including the auto parts sector, as one of its pillar industries. The government expects China’s automobile output to reach 30 million units by 2020 and 35 million units by 2025. ??
– Further, the electric vehicle market is gaining momentum in India, owing to the government’s ambitious plans and initiatives. Public authorities in India have made several electric vehicle-related policy announcements over the past few years, showing strong commitment, concrete action, and significant ambition to deploy electric vehicles in the country. For instance, in December 2020, DENSO Corporation announced that it had begun mass production of its latest booster power module, equipped with high-quality silicon carbide (SiC) power semiconductors to achieve a low-carbon society. This product is used in Toyota’s Mirai model, which was launched on December 9, 2020.
– Further, in July 2020, Japanese power component supplier ROHM collaborated with Chinese electric power train company Leadrive Technology to build a joint silicon carbide power laboratory in the Shanghai free-trade zone. Such instances are likely to augment the market growth in the region.

Reasons to Purchase this report:
– The market estimate (ME) sheet in Excel format
– 3 months of analyst support
Read the full report: https://www.reportlinker.com/p06106035/?utm_source=GNW 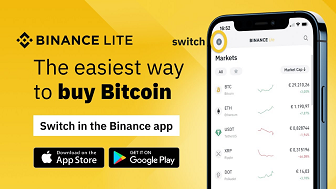