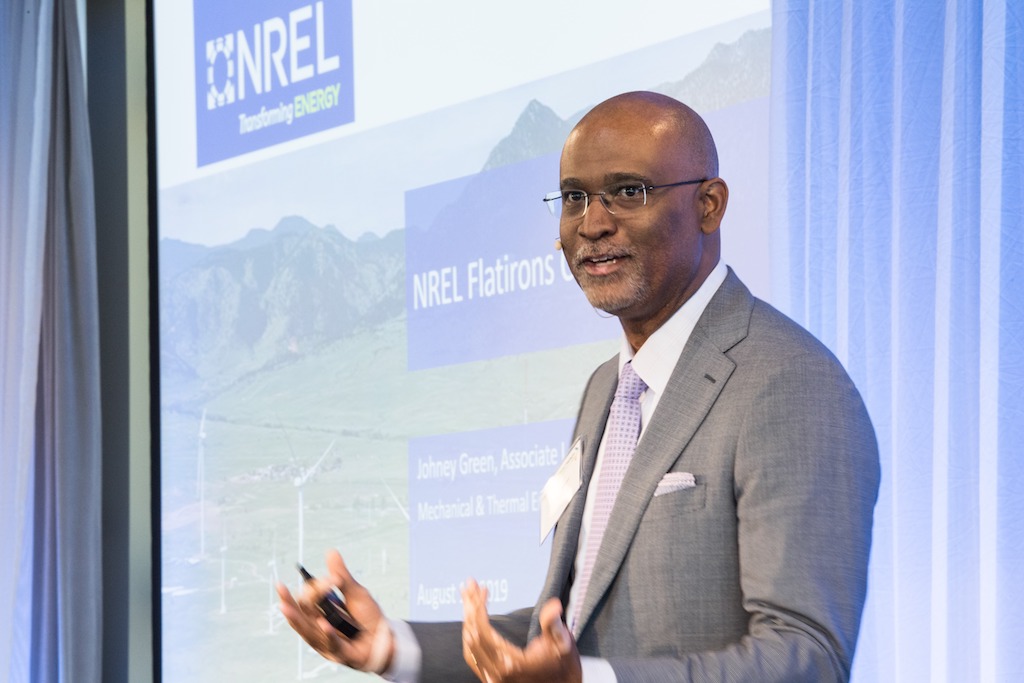 Golden, CO, Nov. 24, 2020 (GLOBE NEWSWIRE) — Johney Green, an associate laboratory director at the National Renewable Energy Laboratory (NREL), has been named a Fellow of the American Association for the Advancement of Science.The world’s largest general scientific society, the American Association for the Advancement of Science (AAAS) annually elevates as Fellows those members whose “efforts on behalf of the advancement of science, or its applications, are scientifically or socially distinguished.”“It is truly rewarding to be recognized by your peers in the scientific community,” said Green, NREL’s associate laboratory director for mechanical and thermal engineering sciences. “Being named a fellow of AAAS has long been a goal of mine. It is a tremendous honor.”AAAS said Green was honored “for distinguished contributions and technical leadership that have made innovative and impactful contributions in the fields of energy efficiency, transportation, renewable power, and systems engineering.”Green joined NREL in 2016 after a 21-year career at Oak Ridge National Laboratory. He holds a bachelor’s degree in mechanical engineering from the University of Memphis and a master’s and doctorate in mechanical engineering from the Georgia Institute of Technology. Green oversees NREL’s transportation, buildings, wind, water, geothermal, advanced manufacturing, and concentrating solar power research programs, with a business volume of over $150M and more than 500 employees. The Mechanical and Thermal Engineering Sciences directorate conducts research and development to enable technology innovations in the areas of energy efficiency, sustainable transportation, and renewable power.“I am pleased at the recognition AAAS has given Johney Green,” said Martin Keller, director of NREL and a Fellow himself. “He truly deserves this honor for his many contributions to the world of science.”Keller was named a Fellow in 2013 while employed at Oak Ridge National Laboratory.AAAS, which has recognized Fellows annually since 1874, will publish the list of this year’s honorees in the Nov. 27 edition of Science magazine. A virtual induction ceremony will be held on Feb. 13, 2021. In addition to Green, AAAS named 488 Fellows this year.Green is the 10th person from NREL to be named a Fellow by AAAS.NREL is the U.S. Department of Energy’s primary national laboratory for renewable energy and energy efficiency research and development. NREL is operated for the Energy Department by the Alliance for Sustainable Energy, LLC.Attachment58936Wayne Hicks
National Renewable Energy Laboratory (NREL)
303-275-4051
[email protected]