SHENZHEN, China, May 27, 2022 /PRNewswire/ — On June 6, Huawei is hosting the 2022 Tech for a Better Planet summit with support from IUCN(International Union for Conservation of Nature).

With greenhouse gases choking the earth and up to 1 million of plant and animal species threatened with extinction, World Environment Day 2022 comes at a time when our planet is facing unprecedented challenges.

The world’s growing population requires more power than ever before, with average energy consumption jumping by 1% to 2% every year. And increasing technology adoption is a contributing factor to humanity’s growing carbon footprint. For example, in 2020, smartphones accounted for 1% of global carbon emissions, but this is forecast to rise to 3.5% within a decade. Equally, traffic on telecom networks is predicted to increase fivefold from 2018 to 2024, with each person in the world expected to generate the data equivalent of 6,700 photo uploads per day.

So, is technology helping or hurting the planet? Can we turn the tide against the environmental threats using technology?

A key step moving forward is to prioritize energy-efficiency and green development in the technology sector and to pass on the innovations we make to other industries. From green communications networks to green data centers, green innovations can make a pivotal difference to the global carbon footprint created by business. By adopting digital technologies, we predict that industries can reduce their energy consumption by 20% by 2030, a carbon offset that will be ten times greater than the energy used by the ICT sector itself.

However, increased energy consumption is not the only threat our planet faces. The ability of the world’s rainforests to remove carbon from the atmosphere is declining as rapidly as forest cover is disappearing, reducing carbon sinks and creating a domino effect on habitat and biodiversity loss.

For nature conservation, we must develop solutions that can understand the world’s ecosystems and form the basis of effective protective measures. With our partners, including the International Union for Conservation of Nature (IUCN) and Rainforest Connection, we have been developing solutions under our Tech4Nature and TECH4ALL initiatives to make this possible in ecosystems around the world, from rainforests, mountains, and plateaus to wetlands, rivers, and oceans.

Infrared camera technology analyzed by cloud AI, for example, is helping to track and monitor species that are close to extinction, including the Darwin’s fox and Hainan gibbon. 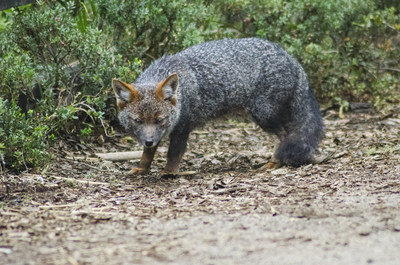 Similar technologies are enabling the restoration of a coral reef system in the Indian Ocean and working to prevent an invasive species from decimating wild Atlantic salmon populations in Europe. AI-powered acoustics solutions deployed in tree canopies can detect the sounds of chainsaws and trucks associated with illegal logging in rainforests and send real-time alerts to rangers in the field. According to the UN, up to 90% of logging is illegal and, since pre-industrial times, 64% of all rainforest has been destroyed or degraded.

While technology underpins nature conservation and the net zero journey, partnerships deliver the results. On June 6 – the day after World Environment Day 2022 – Huawei is hosting the 2022 Tech for a Better Planet summit with support from IUCN. Our partners will be discussing the role of technology as an enabler of protecting and restoring our badly damaged planet, including many of the projects outlined in this article.

After all, we only have one earth.