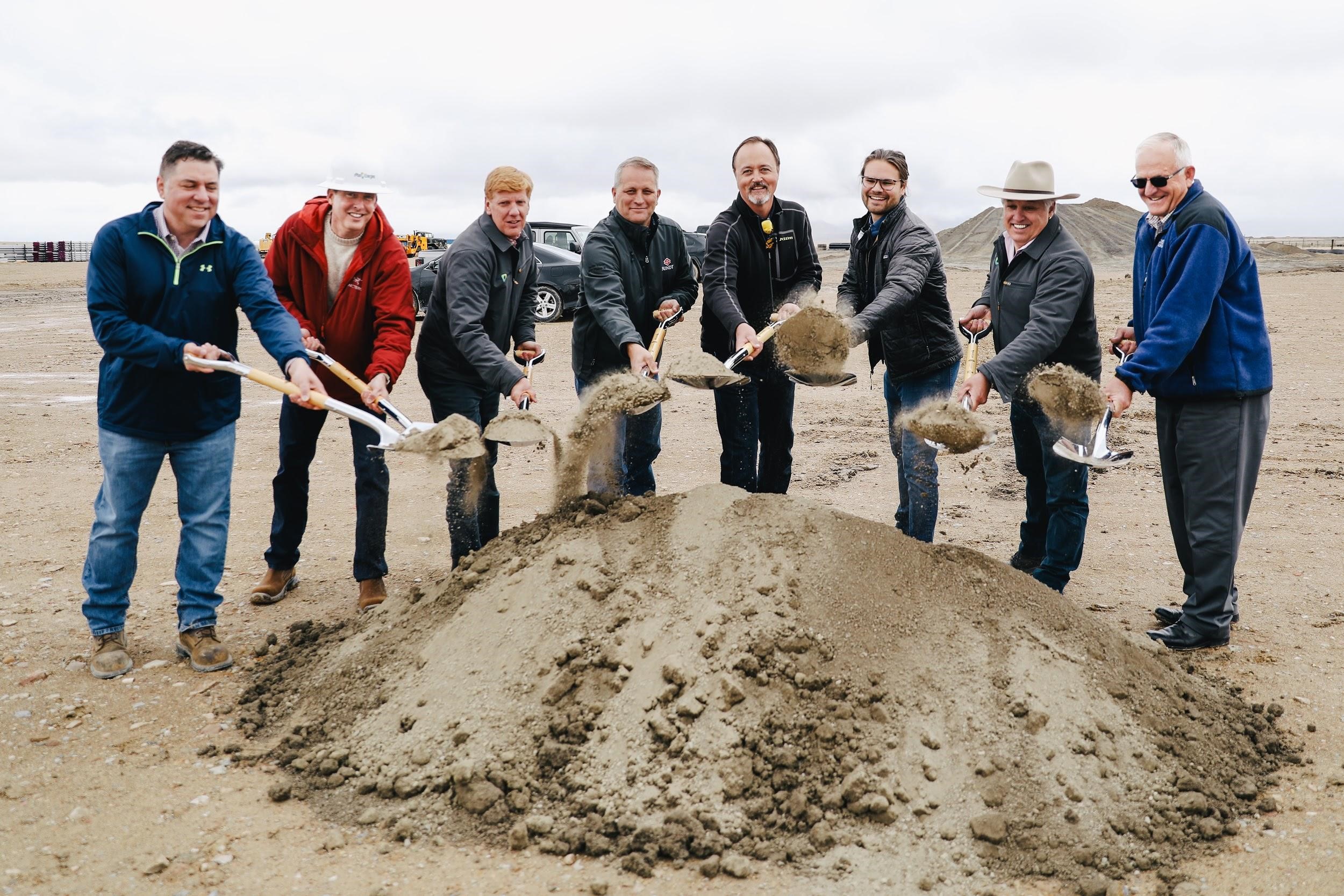 The Graphite Solar project demonstrates Greenbacker’s continued growth as a key investor in and driver of significant renewable energy infrastructure projects supplying power to municipalities, major companies including Apple and Facebook and many other entities across the country. The groundbreaking follows Greenbacker’s announcement in March that it has completed construction of the Turquoise Solar Project, a 61 megawatt solar farm in Washoe County, Nevada, that supplies renewable energy to Apple’s data center in the Reno Technology Park.

The Graphite Solar project has a long-term power purchase agreement (PPA) in place with the investment-grade utility PacifiCorp on behalf of Facebook. The contract was developed under Rocky Mountain Power’s Schedule 34 green energy tariff, which allows large customers to purchase renewable energy generated on their behalf.

The project supports Facebook’s goal of 100 percent renewable energy for its operations and is expected to reach commercial operations in the fourth quarter of 2021.

“Large projects like Graphite will increasingly be necessary to meet the electricity needs of the technology economy and provide carbon neutral alternatives to traditional power sources,” said Charles Wheeler, CEO of Greenbacker. “We’re thrilled to play a role in the ongoing positive impact that this sustainable infrastructure project will have on boosting local employment, supporting regional economies, and creating more reliable power grids.”

Graphite is being built in Wellington, Utah, a town with several coal mines, a recently retired coal plant, and a long history of generating power for the area. With the construction of this solar facility, the community further diversifies its contributions to the local energy infrastructure and catalyzes the region’s economic development.

The rPlus Energies team was joined for the groundbreaking by Greenbacker and by Sundt Construction, which will serve as the engineering, procurement and construction (EPC) lead for the project.

“rPlus Energies is proud to work with Carbon County, as it continues its legacy in energy development–with Graphite Solar capturing the benefits of solar power in the region for years to come,” said Luigi Resta, CEO, rPlus Energies. “We look forward to continuing to work with the Carbon County community through project construction, with a focus on energizing the economy and local hiring.”

“It has been great to see the Graphite Solar project bringing the community together,” said Carbon County Commissioner, Tony Martines, during the groundbreaking ceremony. “With several local companies playing a large part in this endeavor, the project has provided new job opportunities and allowed our community to see energy in a new light.”

Greenbacker Renewable Energy Company LLC purchased the pre-operational solar project from rPlus Energies LLC in December 2020 and contracted rPlus to continue to develop the project through construction. rPlus Energies has engaged Utah’s Sundt Renewables and Sundt Construction to provide engineering, procurement and construction support for the project, which will include the installation of more than a quarter million solar panels.

About Greenbacker Renewable Energy Company
Greenbacker Renewable Energy Company LLC is a publicly reporting, non-traded limited liability energy company that acquires and manages income-generating renewable energy and energy efficiency projects, and other energy-related businesses. The projects in which we invest, such as solar and wind facilities, sell power under long-term contract to high credit worthy counterparties such as utilities, municipalities, and corporations. For more information, please visit www.greenbackercapital.com.

About rPlus Energies
rPlus Energies develops modern power plants to contribute to the rebuilding of America’s energy infrastructure. Through partnership with the private sector, municipalities, and utilities, rPlus develops utility-scale power plants to access a region’s best mix of renewable resources to enable a more dispatchable and reliable power supply. rPlus Energies currently has 35 projects in 18 states in active development including solar, wind, pumped-hydro, and solar plus battery. rPlus Energies is a subsidiary of The Gardner Companies, family owned and operated since 1976, which is dedicated to building better communities through thoughtful, sustainable practices in developing and managing real estate, renewable energy and technology, and providing results-oriented philanthropy. Learn more at www.rplusenergies.com.

About Sundt Construction
Sundt Construction, Inc. (www.sundt.com) is one of the country’s largest and most respected general contractors. The 131-year-old firm specializes in transportation, industrial, building, concrete and renewable power work and is owned entirely by its 2,000-plus employees. Sundt is distinguished by its diverse capabilities and experience, unique employee-ownership culture and depth of self-perform expertise in nine major trades. Half of Sundt’s workforce is comprised of skilled craft professionals who, together with the company’s administrative employees, enable Sundt to fulfill its mission to be the most skilled builder in America. Sundt has 11 offices throughout California, Arizona, Texas and Utah and is currently ranked the country’s 52nd largest construction company by ENR, the industry’s principal trade magazine.